Department of Radiation Oncology and Radiotherapy

From here, you can access the Emergencies page, Contact Us page, Accessibility Settings, Language Selection, and Search page. 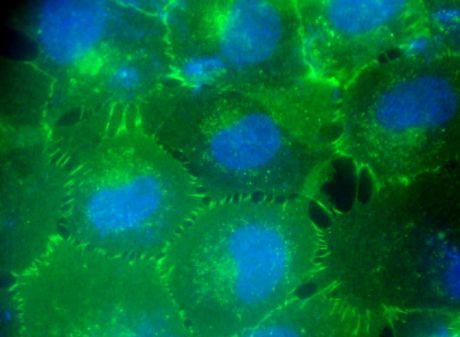 Here you can find our research results dealing with investigation of microRNAs as biomarker.

MicroRNAs (miRNAs) are small, non-coding RNA molecules being important key players in the regulation of fundamental biological processes such as:

MiRNAs bind to messengerRNAs (mRNA) and thereby inducing either an inhibition or degradation of the mRNA resulting in a downregulation of the protein level. Until now, more than 2000 miRNA were identified, regulating about 1/3 of all protein-coding genes. Thus, a dysregulation of miRNAs is associated with carcinogenesis, metastasis and therapy resistance. Studies have shown that miRNAs are usable as prognostic biomarker as well as new therapeutic targets.

Tumor tissue from patients with locally, advanced head and neck carcinomas was collected, subjected for miRNA isolation and expression profile analyzed . This material was collected within the ARO-04-01 study and preserved for further analysis. The included patients received fractional radiotherapy in combination with two different chemotherapies (mitomycin C or cisplatin) aiming to compare the efficacy of both strategies. Another aim of this study was the identification and characterization of patient groups which would benefit most from one or the other therapy.

In our laboratory, miRNA was isolated from this preserved tissue samples and their expression level was analyzed by using a microarray technology (Affymetrix, Thermo Fisher Scientific). Based on these data, nine miRNAs were identified which showed different expression levels between the two patient groups. Therefore, patients were classified as well responders or non-/poor-responders for the respective treatment. Of these nine identified miRNAs, three showed a particularly strong correlation with the overall survival (OS) of patients, whereby an increased expression is associated with a poor OS.

In summary, this project has revealed a significant correlation between miRNA expression profile and therapy efficacy for oropharynx carcinoma. In particular, the overexpression of miRNA-200 is associated with better survival and less distant metastasis after mitomycin C treatment and the overexpression of miRNA-155 correlates with better survival and fewer local recurrences after cisplatin treatment. Furthermore, the miRNAs miR155 and miR146a were identified as so-called surrogate markers for tumor-infiltrating lymphocytes, which could provide a predictive information on the response of chemoradiotherapy and its combination with immune checkpoint inhibitors. 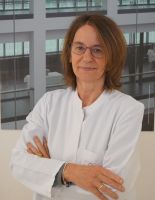